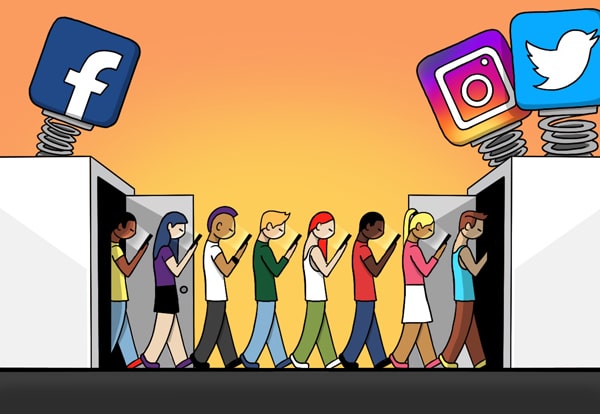 It’s no secret that a wave of brands have hit Twitter and Instagram in recent years to build their audiences. The big question is, why? Facebook once dominated this space. Brands joined in droves, creating pages and amassing likes. Although it’s still a corporate monolith with advertising dollars that easily outperform every other platform (besides Google), it’s lost nearly all media attention and hype. Facebook has become the rejected childhood toy of the bunch. Everyone still has one, but no one wants to play

Outside of it, Twitter and Instagram are the only primary social media platforms where brands create digital personas. And of course… Facebook owns Instagram. Few brands have done much with YouTube, Twitch, Snapchat, or Tik Tok yet, other than ads, since they require consistent, quality, humanized content. Although Twitter and Instagram have both had rounds of algorithm changes over the years, they still have interactive interfaces that lend themselves to build an organic following and reach people without needing to pay for it. This is the primary reason brands have made the shift.

If Facebook is a place for billboard style ads, then Twitter and Instagram are a place for integrated style ads. Looking back at the past 10 years of mass social media marketing, brands have essentially tried it all. Those billboard style ads — static posts or videos — are still effective, but not nearly as memorable or notable as what’s found on Twitter and Instagram. Accounts on these platforms can cultivate massive followings based off aesthetic, memes, jokes, internet culture references, or influencers. It creates value that makes people *want* to follow the account. This is much more effective than just shoving an ad in the middle of someone’s feed, hoping it’ll land.

On top of this, Twitter and Instagram are where all the journalists, influencers, and media personalities are throughout the day, meaning there’s a higher probability of getting earned media and attention for the brand. There are still some brands who use Facebook well for viral video campaigns and meme accounts, but because it’s pay-to-play for brands and the algorithms make it difficult for real-time marketing, it’s not the place to be anymore.