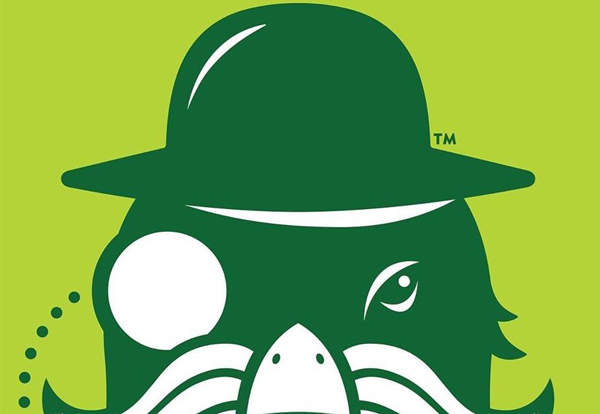 No, that’s not a typo – Incogmeato’s a clever new brand name for a new line of plant-based burgers, brats and Italian sausage poised to begin hitting backyard grills across America during the next few months, just in time for prime grilling season. As the name suggests, the goal for the products was that they be indistinguishable from their traditional meat-based counterparts.

During development, MorningStar Farms, a Kellogg brand, took special care mimicking the sensory cues of real meat, spending over a year getting their faux grillers to taste, sizzle and brown like the real thing. Mouth feel was equally important, from the texture right down to the “snap” of the sausage casings.

Backing up Incogmeato’s tongue-in-cheek tagline of “the sneakiest plants you’ve ever met” are animal-character product logos (a cow, a pig, and a chicken) wearing disguises. And — as a final parting shot — Incogmeato products will be sold in the fresh meat case.

With consumers set to purchase almost $800 million worth of meat for the 4th of July holiday, and U.S. plant-based meat sales up 37% since 2017, Kellogg’s is timing this launch perfectly. More and more American consumers join the flexitarian mindset every day, totally open to where their proteins come from. And 25% of millennials self-define as vegetarian or vegan, as animal rights and environmental concerns continue driving meat sales downward.

Like it or not, the meat herd’s being trimmed. Manufacturers who don’t offer the substitutes and blends consumers want will become increasingly irrelevant as the trend takes off. Although plant-based meat substitutes are in less than 25% of households now, category sales worldwide are expected to hit $2.5 Billion by 2023.

And that’s a lot of green.