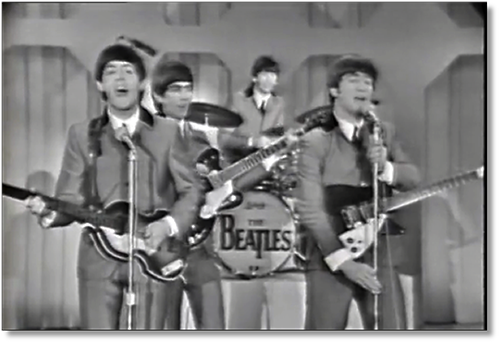 Back in the Sixties when Beatlemania was at its peak, John, Paul, George and Ringo were the best-known names in music, greeted by hordes of screaming fans everywhere they went, including The Ed Sullivan Show. As the Fab Four took the stage to swing into ‘She Loves You,’ scores of sobbing, emotionally-smitten teenage girls watched enraptured, tears streaming down their faces.

Fast forward to 2016, and its not tears that are streaming, it’s digital music — and after holding out for years, the Beatles are streaming now too. Why? Well, Paul may not be dead, but the youth audiences of the sixties and seventies who listened to broadcast radio and bought millions of Beatles records have certainly given up the ghost. Speaking of broadcasts, how many millennials do you know who watch TV/Cable shows as they air, instead of recording them to binge-watch or streaming them on hulu later? Not many, I’ll bet.

In the words of another old music icon, the times they are a-changing. Even the best-known band in the world needs to be on streaming music services like Rhapsody, Spotify, and Tidal in order to stay relevant and reach new audiences.

Okay, so now you’re asking yourself “What have the Beatles got to do with my food brand?”

Simple – if you want your fans to love you (yeah, yeah, yeah), you need to be where they are, easy to find, follow & share. That means Pinterest (Let It B-L-T?), YouTube (check out this brand video), Pandora, Instagram and more, Eight Days A Week. You say you want a revolution? It’s here.