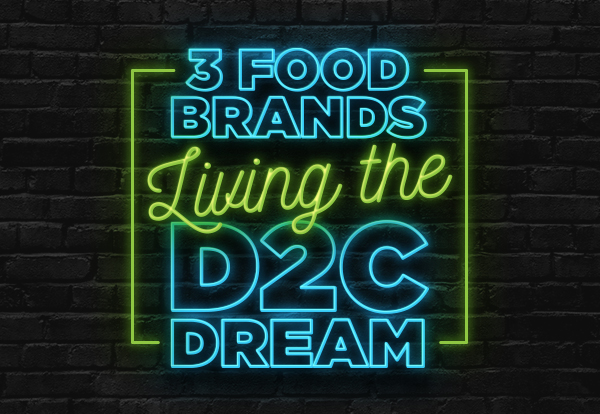 In an era when social platforms have their own in-app shopping functions and affordable skynet-tier algorithms to target the masses, the direct-to-consumer model (D2C) is having a bonafide moment. More and more brands are prioritizing a robust ecommerce strategy, and much to the chagrin of the middleman wholesalers and retailers, it’s working.

The term “fishwife” originally referred to the daughters or wives of fishermen who sold fish at the market, but over time came to be used as an insult to describe coarse-mannered women who were prone to shouting. Co-founders Becca Millstein and Caroline Goldfarb decided to turn that insult on its head by reclaiming the brassy fishwife crown. Now this female-founded food company is on a mission to bring ethically-sourced tinned seafood to pantries and cupboards across North America. They offer a delicious range of clean-labeled seafood staples like rainbow trout, albacore tuna, salmon, and sardines. If the health benefits, admirable mission, and brand story aren’t enough to win you over, Fishwife’s fin-tastic brand aesthetic and packaging designs are sure to get you on board.

Deux (pronounced like “doe,” not like “day-ucks,” as I had so charmingly been saying before someone corrected me) believes you shouldn’t have to choose between health and taste—and they’ve got the vegan and gluten-free cookie doughs to prove it! In addition to dietary inclusivity, their cookie doughs also contain essential vitamins and supplements that can lead to a variety of health benefits like immune support, collagen support, stress relief, and mood boosts. With mouthwatering flavors like Xxtra Chocolate Chip, Brownie Batter, Birthday Cake, Peanut Butter Cup, and Cinnamon Roll, it’s no wonder why so many of their customers prefer to eat it straight out of the jar.

Inspired by their mother’s made-from-scratch dinners, Vanessa and Kim Pham co-founded Omsom with the goal of bringing “proud, loud Asian flavors to your fingertips any day of the week.” They sell pantry-in-a-pouch starters that include all the essential elements—sauces, aromatics, seasonings, citruses, and oils—needed to achieve the delicious, traditional flavors that Asian cuisine is famous for. To ensure all of their starters honor their communities of origin, Omsom partners with iconic “Tastemaker” chefs who have personal connections to the culture and cuisine. Currently boasting a wide range of East Asian (Japanese, Korean, Chinese) and Southeast Asian (Thai, Vietnamese, Filipino) flavor profiles that are available for one-time purchase or as part of a build-your-own-subscription model, the folks over at Omsom are making it easier than ever to get real deal restaurant-quality dishes from the comfort of your own kitchen.

D2C strategies are not a new concept, and I’m not saying the days of wholesalers and retailers are over, but social platforms and digital infrastructures will continue allowing ecommerce to carve out a bigger chunk of the pie. Brands like Fishwife, Deux, and Omsom have all managed to foster loyal communities of die-hard fans, not just because their products are great or their packaging is cool, but because in an age where marketing can often feel intrusive or impersonal, they’ve found a way to directly connect with their customers.